The Edwin Fox is the subject of a book, written by Nelson-based author Nigel Costley. Published by Nikau Press, the book is from a concept developed by late Marlborough author Don Grady. Costley is the third author to attempt to write about the Edwin Fox. Costley had two manuscripts to work with and truckloads of research when he began the endeavour in 2010.

Although it took four years for the book to be completed, Costley did not grow tired of the subject. The tale of the Edwin Fox was a rich human interest story, he said. It's had such a versatile career. There's just a lot of colour and drama in the story that I was able to pick up on.

Mr Sowman said the Edwin Fox was a real treasure for Marlborough. Not only did it bring early European settlers to the province, but it played a key role in building New Zealand's early trade in refrigerated meat. This is a timely reminder of the history we have in Picton and Marlborough as a whole. In addition when we first heard about the book, we realised that it's not just local or national - there's international interest in this subject.

The Edwin Fox was built in 1853 in Sulkeali on the Hooghly River in India and sold to Duncan Dunbar II in 1854. It is the world's ninth oldest wooden troop ship and was used to carry soldiers to the Crimea War (1853-1856), convicts to Australia and bring immigrants from Britain to New Zealand. In the 1880s steam arrived and Edwin Fox was fitted out as a floating freezer hulk and used in several New Zealand ports.

In 1897, it was towed to Picton and used as a freezer ship and then as a coal hulk. The ship was virtually derelict when the Edwin Fox Society took it on as a project. The New Zealand Historic Places Trust placed a category-one listing on the ship.

Costley hoped recording the history of the Edwin Fox would encourage further interest in the ship. There's so much to discover with her yet he said. I would say that the halcyon days of the Edwin Fox are yet to come.

This book is available from the Marlborough District Council and the following outlets:

Alternatively, you can order online by completing the form. (Additional postage charges apply).

Quote ref: Ed Fox bk and your initial and surname 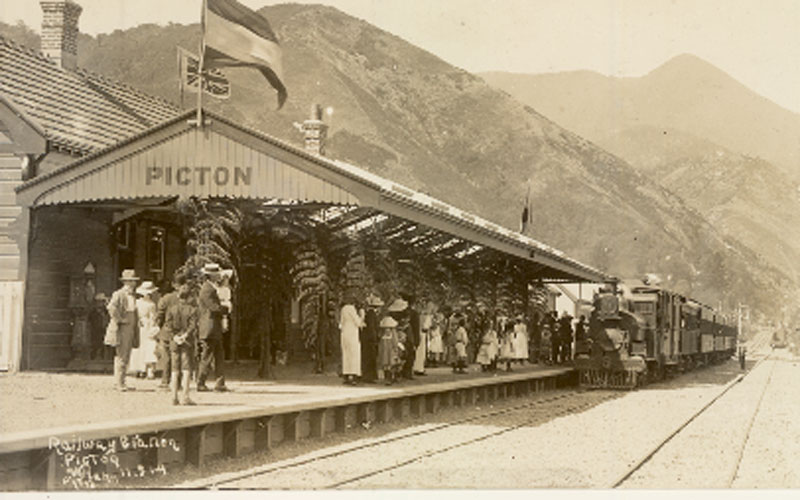