We now have a new way of keeping you in touch with water supply updates. We'll be using an app called Antenno, which is free to download.

Find out how to receive water supply updates using Antenno

The public water supply in Blenheim began in 1921. Initially water was abstracted from the Taylor River and delivered to the Blenheim town centre through a 12-inch spiral riveted steel main in Taylor Pass Road and Maxwell Road.

By the 1950s it was clear the Taylor River source would require considerable re-investment to upgrade the quality and improve the reliability. It was decided therefore to progressively abandon the river abstraction and use the underground Wairau aquifer as the source of supply for Blenheim. The sinking of wells in Andrew Street, Grove Road and Colemans Road in the early 1960s enabled the Taylor River supply to be discontinued.

The Wairau Aquifer is mainly recharged from percolation through the bed of the Wairau River. It is a reliable source of water and has proved to be more than adequate to meet both urban and rural demand in the area to date. The aquifer is relatively shallow and is unconfined to the west of Blenheim. Tests have shown that the water abstracted from the aquifer is generally less than two years old. The source of supply therefore fails to meet the criteria for a secure groundwater' as defined by the Drinking Water Standards for New Zealand 2005 (revised 2008 DWSNZ) and doesn't comply with the protozoal requirements unless treated.

Until 1998 the Blenheim water supply was untreated. However the chemistry of the water was known to be aggressive to metal pipes and causing unacceptable corrosion to the reticulation system and private plumbing. Between 1998 and 2000 three treatment plants were built close to the borehole abstraction points at Bomford Street, Andrew Street and Middle Renwick Road. Lime water and caustic soda are added to raise the pH and reduce the corrosivity.

A large amount of development work has been carried out in recent times to meet an increasing population and greater stakeholder expectation. New trunk mains have been installed, new subdivisions serviced, wells upgraded and two treatment plants installed to treat the groundwater.

Today the Blenheim water supply is served by nine boreholes which pump water to one of two treatment plants.

In 2009 a major upgrade to the Middle Renwick Road Water Treatment Plant was completed. The borehole pumps pump water to the caustic soda pH correction treatment and then through disinfection in ultra-violet light reactors. The treated water is then stored in a new reservoir before being pumped into the reticulation.

In 2011 the Bomford Street Water Treatment facility received a major upgrade. Two new boreholes were sunk at the existing Grove Road site and one at the treatment plant site. An ultra violet disinfection plant was constructed and new storage reservoir and distribution pumps installed at the plant. The lime water pH correction plant remained. The Auckland Street borehole and one of the original Grove Road bores were decommissioned. The Bomford Street site has been re-named the Central Water Treatment Plant. 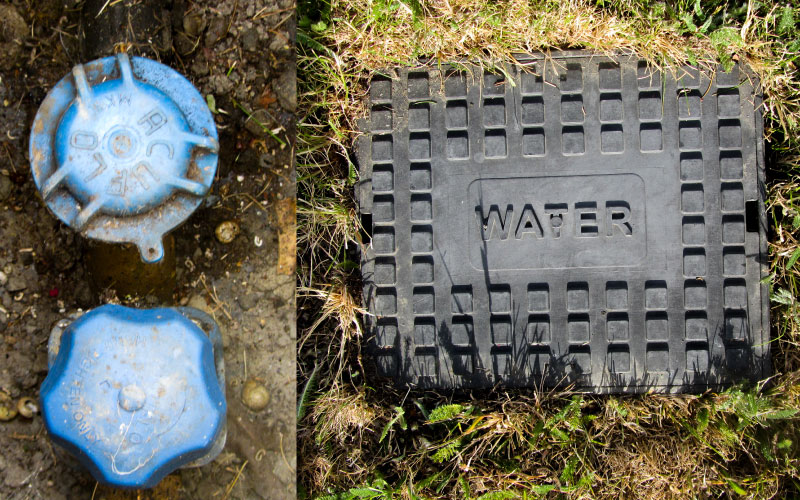